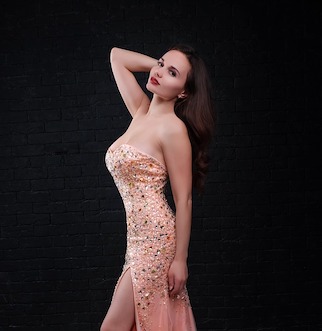 Breast Reductions On The Rise

Although breast augmentations continue to be the most hotly solicited operation in the U.S., there has been a marked rise in breast reductions, which grew by 11% in 2017 despite a 4% decline in the previous year. According to ASPS President, Jeffrey E. Janis, “Breast reductions are consistently reported as one of the highest patient satisfaction procedures because it positively affects a woman's quality of life. It addresses both functional and aesthetic concerns.” In this post, we highlight the nature of breast reductions and discuss the reasons why many women are visiting their plastic surgeons to achieve the ‘less is more’ effect.

Breast reductions involve the removal of excess glandular tissue, skin, and fat, to reduce volume and to create greater symmetry. Breasts are lifted and reshaped at once, with a view to creating a size that is in greater harmony with the rest of the body. Doctors aim to reduce scarring through careful technique and, at times, the use of water-jet lipo, which reduces scarring by aspirating fat out while sparing other tissues such as nerves and vessels. This technique allows for shorter operating times and greater safety because it has up to 70% less tumescent solution (for anesthetic purposes) in the pre-infiltration stage. This means that there is a lesser quantity of medications placed into the body.

Why are Breast Reductions Increasingly Being Sought After?

Advances in plastic surgery, a greater guarantee of safety, and greater affordability mean that plastic surgery, in general, is more appealing to patients of all ages and backgrounds. Breast reductions, in particular, are often chosen to end chronic neck, back, and shoulder pain that can arise when breasts are very large. Some patients complain of rashes underneath their breasts, while others develop permanent grooves in their shoulders from the compression of bra straps caused by breast weight.

What are Signs that You May Need a Breast Reduction?

If you find that you have specific issues you would like addressed, speak to your plastic surgeon about the possibility of a breast reduction. Signs include having pain and skin irritations, as mentioned above. You might also find that physical discomfort or pain are stopping you from being physically active. Those with very large breasts can find it difficult to perform specific sports such as running, yoga, and even swimming. Even with a sports bra, uneven weight can necessitate greater physical exertion, which can make sports as well as normal daily tasks a burden.

An Issue of Confidence

Often, patients approach their surgeon because of a blend of physical and psychological symptoms. That is, they may feel unconfident about issues such as breast asymmetry. Sometimes, this is related to having recently given birth, a time during which many women find it difficult to lose weight. Thus, some surgeons combine breast reduction with an abdominoplasty and body reshaping as part of a ‘mommy makeover’.

Breast reductions, like breast augmentations and breast lifts, have a high reported satisfaction rate. The American Society of Plastic Surgeons notes that after this surgery, women generally rate the appearance of their breasts as between “good” and “very good.” Of course, with breast reduction surgery, it is about far more than symmetry or obtaining a ‘lifted’ effect. It is about being pain-free and having the freedom to pursue sports and other active pastimes.