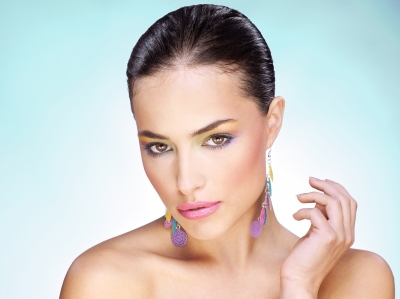 The cost of healthcare procedures is a mystery to most of us. You can easily call several pharmacies to compare the costs of your medication or even look online. With most medical procedures there is little price transparency. Ever wondered what that facelift or breast implant will cost you before the initial consultation? Maybe you have wondered about the financial impact of a dermatology procedure. In this installment of Healthcare Innovations we learn about BuildMyBod, a company that is addressing price transparency in cosmetic and other procedures.

A couple of years ago while I was getting a haircut, I had this epiphany. I remember I was watching TV at the barber shop and SportsCenter was on. I even remember that my epiphany had no connection and was not brought on by anything I was watching on SportsCenter.

As a plastic surgeon, I was having this recurrent problem with price-naive patients coming in for cosmetic surgery consults. Consults are typically a 30-45 minute free appointment a plastic surgeon has with patients to discuss their concerns and how cosmetic surgery or cosmetic medicine (Botox, fillers, etc) may help them achieve their goals and alleviate their concerns. But many times after spending all of that time with the patient, you would get to the part about price. Often they were blown away. Not because my prices were so expensive but because they had no idea what costs went into cosmetic surgery.

What Healthcare Problem is BuildMyBod Solving?

Even if the general public doesn’t realize it, there are many factors that go into cosmetic surgery pricing (surgeon’s fee, anesthesia fees, operating room fees, implants, etc). So when patients come in for their consultation, they experience sticker shock. Unfortunately, at the time I had my epiphany, there was no good source to find accurate pricing information about cosmetic surgery. The internet wasn’t as helpful as it should have been. And since some patients have different body types, and length of operating room times vary, it’s not easy or accurate to just list a menu of surgical fees. And it’s definitely not helpful to list a range of prices. What if the patient wants two procedures at the same time? Do they add up the low, middle or high end of ranges from two procedures?

And that’s when it hit me — if you upload figures for the various prices, taking into account length of operating room time (because that affects cost), which procedures require implants and those that don’t, then mix all that together with an algorithm, you could provide accurate pricing estimates to patients searching online. This problem could be easily solved with the right app or website that allows consumers to check the cost of cosmetic surgery (or for that matter, any out-of-pocket services provided by dermatologists, concierge physicians or money paid out-of-pocket before meeting your deductible in a high deductible health plan). Goodbye sticker shock. Goodbye wasted consultation time for both patient and doctor. The benefit to the consumer would be obtaining pricing information instantly and the physician would receive the patient’s contact information in return.

How did BuildMyBod Move from an Idea to Reality?

After I received that email, I told my girlfriend at the time (now my wife) about my idea. She then told me that she knew a couple guys from her high school in Canton, Connecticut that “did stuff with computers”. By that description, I figured these jokers played World of Warcraft in high school and while they probably knew more about computers than most, that didn’t necessarily make them qualified to bring my idea to fruition. But based on her recommendation, I emailed Ben Mills. He wrote back one of the longest, but focused, well thought out and invigorating emails I’ve ever received. You could tell he was excited about my idea and how he could bring it to life. Before I knew it, Ben, whose degree is in Computer Engineering, went to work developing the app based on my epiphany. Although his background was related to computers, this apparently contributed little to his knowledge of app development, which, like many, was self-taught. In fact, the app he developed for me was his first non-gaming project.

Soon his brother Parker, who studied computer science at Carnegie Mellon University, joined the team. As Parker developed the app’s associated website, he completed a Ph.D., apparently by “acquiring the science world’s first MRI images of a Snickers’ bar’s peanut and caramel insides” — of course, that was only after doing some real MRI research for your garden-variety primate embryonic stem cell teratomas.

What I subsequently realized is that even though they were the first programmers I discussed my idea in depth with, they have turned out to be the smartest, most gracious brothers/programmers I could have stumbled upon. Ben modestly attributes this to “the way we were raised.” And in the same breath, laughingly says that, “I’m not sure how they [ostensibly his parents] did it, but we were always polite and patient as far as I can remember.” The Canton, Connecticut connection didn’t stop there. One of their best friends from high school, Rich Bradley, has even become our SEO specialist on the weekends, when he’s off the clock from his day job. Since the implementation of Rich’s SEO expertise, the site’s traffic has easily doubled.

What is Next for BuildMyBod?

As a postscript, the pricing app and website has developed into a patented platform that allows us to embed our pricing software into a doctor’s website or Facebook page. Additionally, the platform has expanded beyond cosmetic surgery. BuildMyBod now boasts almost 100 doctors across the US and Australia using this patented platform. Bringing price transparency and full disclosure to the healthcare field in general, not just cosmetic surgery, will be BuildMyBod’s reigning achievement!

Dr. Jonathan Kaplan is a board-certified plastic surgeon based in San Francisco, CA and founder/CEO of BuildMyBod, a website that provides consumers nationwide with itemized price estimates on the cost of cosmetic and other out-of-pocket procedures from its database of almost 100, and growing, board-certified plastic surgeons, dermatologists and other health care providers that believe in price transparency.